ASSIST recognizes the power of collaboration to accomplish momentous change. We seek partnerships and support from like-minded visionary individuals and institutions to work with us to solve the challenges of today’s healthcare crises. Please join our efforts!

To learn more about ASSIST and support our work, please contact us at info@assist-mrf.org.

Promote the research that turns the tide on Cancer – making it a manageable disease – Join us! 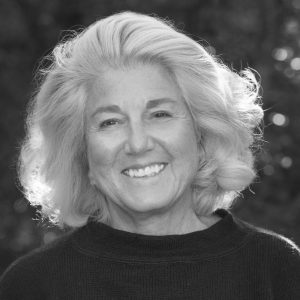 Over the past two decades, Rebecca Lambert  has extensively investigated the underlying drivers of deadly, complex, chronic diseases with a focus on angiogenesis and immune surveillance. Ms. Lambert has a published issued patent, directed to compositions and methods for the treatment of cancers. Ms. Lambert has another patent issued based on angiogenic regulators and their use in disease diagnosis and Treatment, and a third patent pending for the prophylaxis and treatment of viral infection related to acute respiratory distress syndrome. This work began in 2001 when her sister, diagnosed with Stage IV leiomyosarcoma (LMS), was given less than a year to live. (LMS is generally not responsive to treatment).  Ms. Lambert, whose efforts were guided by leading cancer researchers throughout the country, became determined to understand what was driving her sister’s disease.  Ms. Lambert focused on extensive research studies citing angiogenesis’ role in permitting Stage I, avascular (without blood vessel connection) and benign cancers to move to Stage II and potentially fatal disease.

Angiogenesis research was pioneered in 1970 by Harvard’s Dr. Judah Folkman, who generously supported Ms Lambert’s efforts.  These efforts focused on assembling a combination of research proven components for her sister which permitted Ms. Lambert’s sister to live nine years- as opposed to just one- with eight of these nine years having full quality of life.

As VP of Shaker Investments, Ms. Lambert led high net worth marketing for its efforts to raise $1 billion of funds under management. Her Federal Government experience, includes positions as:

Associate Deputy Secretary of the U.S. Department of Commerce, Deputy Assistant Secretary of the U.S. Department of Energy, and Chief of Staff for U.S. Senator Malcolm Wallop (WY) and US Sen. Ted Stevens in his capacity as Chairman of the Republican Senatorial Committee.  In the broadcasting industry, she created the largest multi-channel television network serving U.S. hospitals. Previously, she acquired rural FM radio properties to upgrade each to become top 100 market station (which were subsequently acquired by major broadcasting companies).

Ms. Lambert has a B.A. in political science from Simmons College, attended Williams College and completed the Harvard Business School’s Advanced Management Program. When living in New York City, Ms Lambert was President of Board of Bellevue Hospital’s Association, where she  led the revitalization effort for the Board to become a vital volunteer organization to support Bellevue’s “Heroes Behind the Headlines”. 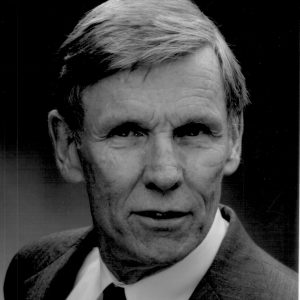 Edwin S. Matthews, Jr. is a corporate lawyer and distinguished human rights litigator and environmental activist.  Recently retired from being Of Counsel for Baker & McKenzie in New York, Mr. Matthews was a partner of Coudert Brothers, an international law firm for over thirty years. He has championed work to resolve the Darfur conflict; advised the Sri Lanka government on civil war resolution; and helped to draft the new constitution Elections Law for Iraq.  Representing 175 members of the British Parliament, he filed an Amici Curiae brief in the U.S. Supreme Court In Rasul v. Bush, supporting the rule of law in Guantanamo.  Mr.  Matthews represented pro bono Idaho death row prisoner Donald M. Paradis who was released after twenty-one years in a case that received national news media attention.  Mr. Matthews earned the Thurgood Marshall Award from the Association of the Bar of the City of New York, as well as the Civil Libertarian Award from the American Civil Liberties Union of Washington.

His environmental activism led him to found and organize the Friends of the Earth International (environmental advocacy groups now in 77 countries), where he also served as president and director. Mr. Matthews received the Environmental Conservation Award from the U.S. Environmental Protection Agency and has also been recognized by environmental groups in Connecticut for his work. He is an honorary life trustee of Earthjustice (an environmental public interest law firm) and of The Library of America, a not-for-profit published in New York. 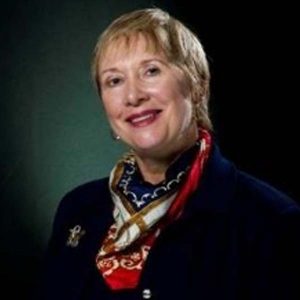 Major General (Retired) Gale S. Pollock completed her thirty-six year career as the Acting Surgeon General for the Army and the 22nd Chief of the Army Nurse Corps.  As the Acting Surgeon General, she led an organization with a budget of $9.7 billion, a workforce of 150,000 people and was responsible for healthcare, on and off the battlefield, for over four million beneficiaries. She commanded at Fort Drum, N.Y., Fort Benning, GA, and Tripler Army Medical Center, HI.  MG Pollock is a Certified Registered Nurse Anesthetist who served at multiple locations in that role.  MG Pollock worked as a policy analyst at the Pentagon and for the Department of Defense’s Under Secretary of Health Affairs.

MG Pollock has a B.S. in Nursing from the University of Maryland (Walter Reed Army Institute of Nursing Program), a Masters in Healthcare Administration from Baylor University, and a Masters in National Security and Strategy from the National Defense University.  She attended the Inter-Agency Institute for Federal Health Care Executives, Battlefield to Board Room by the National Association of Corporate Directors, and was a Fellow at Harvard’s Advanced Leadership Initiative. She has received numerous professional appointments, including the Defense Advisory Committee on Women in the Military and the McGowan Institute for Regenerative Medicine.  MG Pollock received multiple awards including an Honorary Doctorate in Public Health from the University of Maryland, is a Fellow in the American Academy of Nursing, a Fellow in the American Legion Auxiliary, and was a Distinguished Alumni of Baylor University.  She received approval from Queen Elizabeth to serve as a member of the most Venerable Order of the Hospital of St. John of Jerusalem.

After her career in the Army, MG Pollock served as the executive director of the Louis J. Fox Center for Vision Restoration at the University of Pittsburgh and is currently the chief executive officer of Elevivo, Inc. 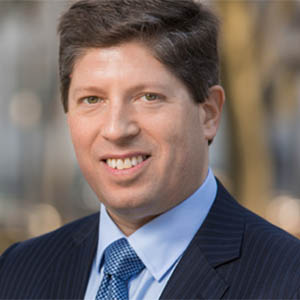 David is a partner in the private client and tax team at Withers Worldwide.

He is involved in tax, trust and estate planning for wealthy US and international families, with particular emphasis on planning for closely held businesses and investment vehicles. David’s work for clients involves a range of matters, from creating tax-efficient wealth transfer structures to addressing income tax issues arising from investments and operating businesses.

In addition to helping families with their philanthropic endeavors, he also advises both public charities and private foundations on various matters, including tax exemption, tax aspects of operation and investments, and structuring of charitable gifts.

David is a frequent speaker at professional and private family organization events on income tax issues, estate planning and charitable giving and has written on tax matters for various publications.

Recognizing The Power Of Collaboration

Contact us to learn more about ASSIST and our work

ASSIST’s mission is simple, to foster Lab-to-ClinicTM diagnostics and treatments that dramatically improve detection and treat complex chronic diseases driven by angiogenesis – such as cancer.

Promote the research that turns the tide on Cancer – making it a manageable disease – Join Us!